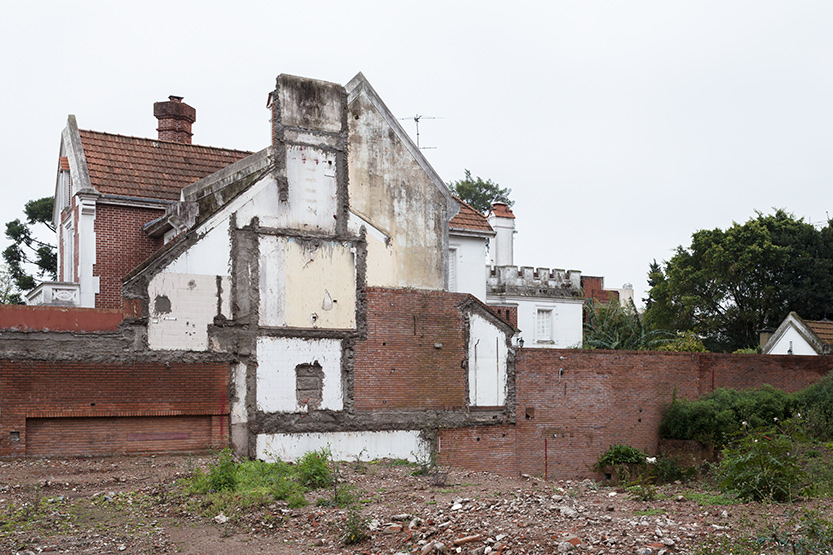 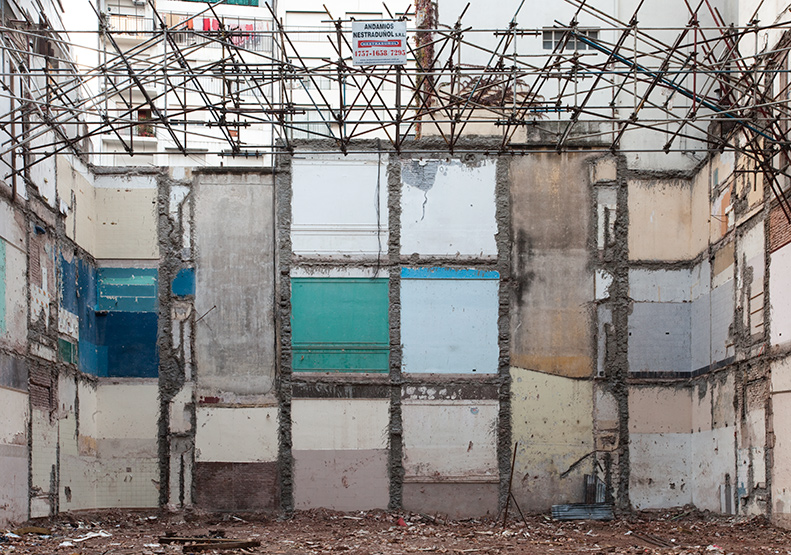 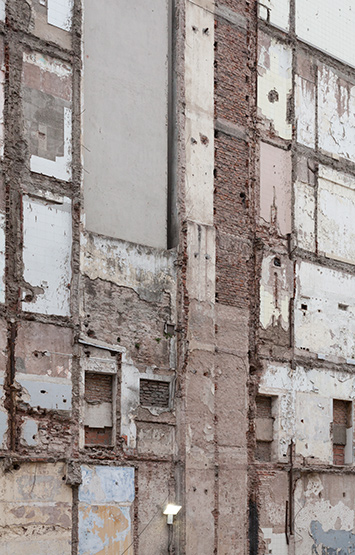 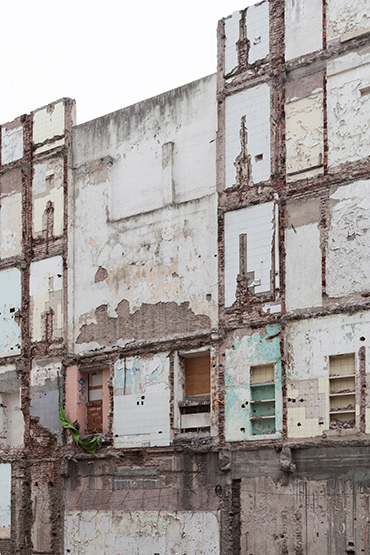 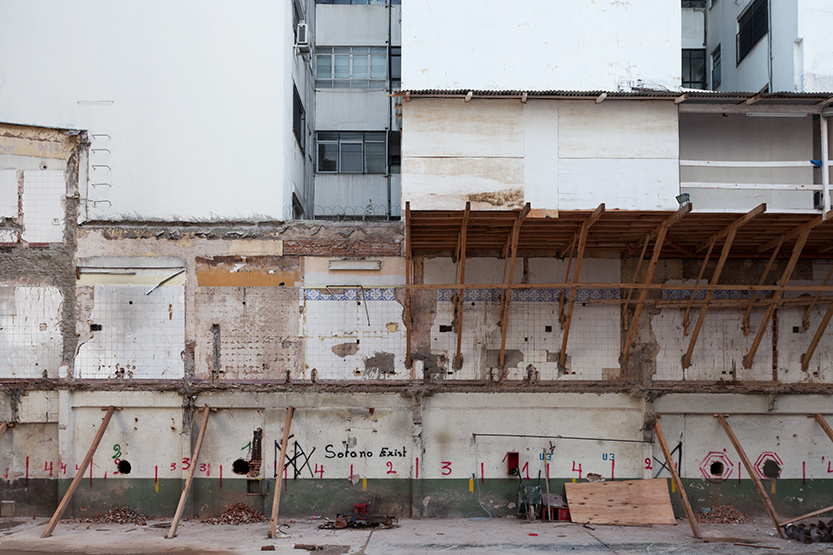 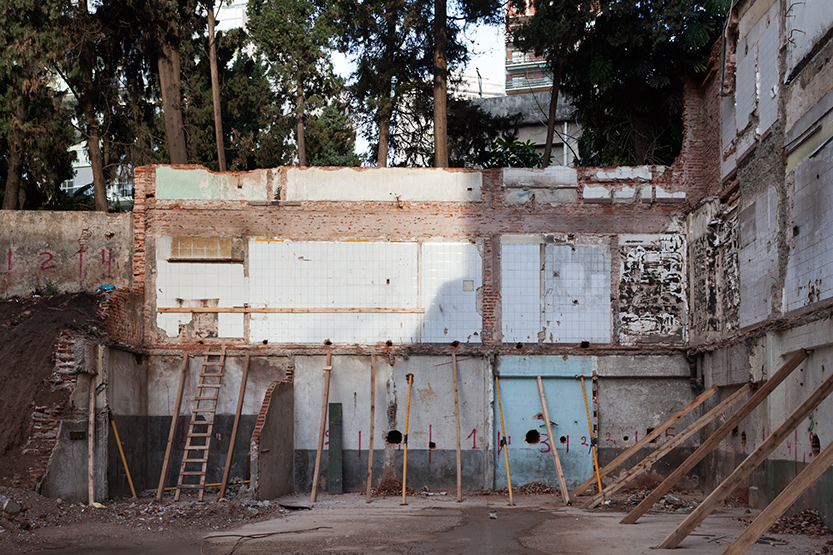 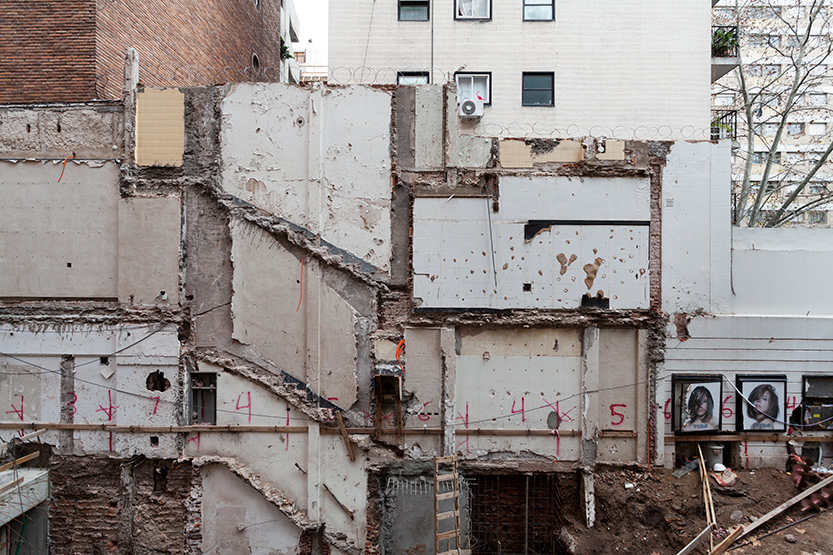 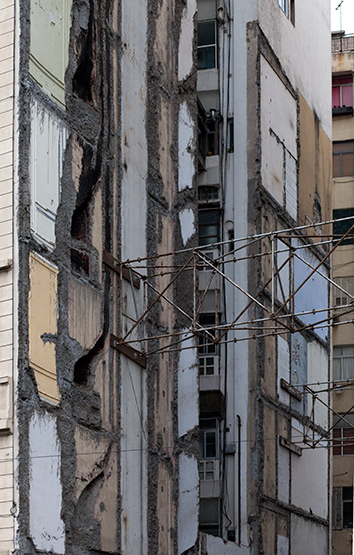 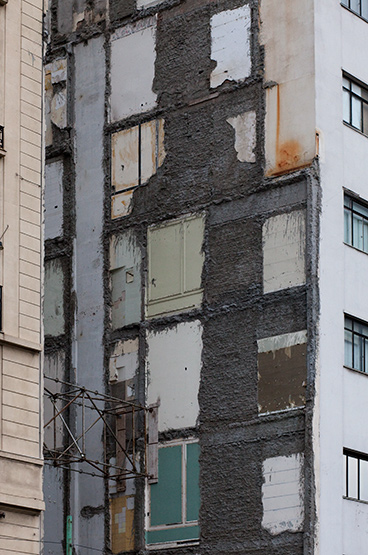 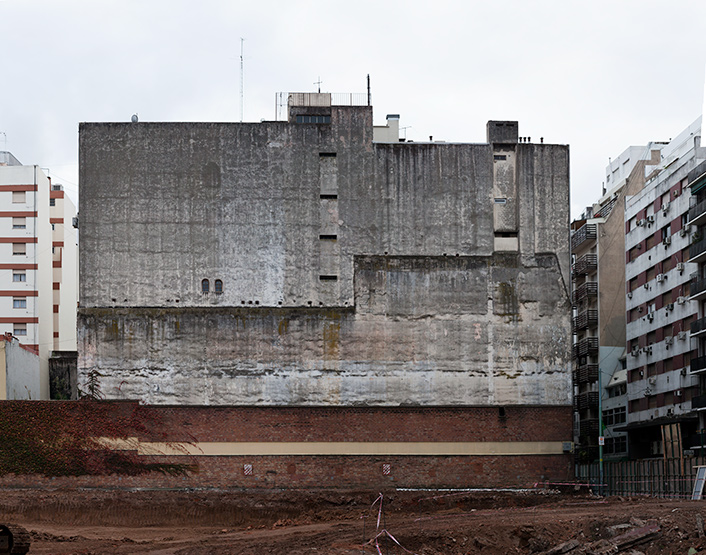 "Medianera is the wall that traces the boundary line between two existing plots, whose property and rights are shared by the owners of the given plots. In normal (and tacitly optimum) situations, these walls disappear behind the construction that their plot houses, visible only partially to the inhabitants of the buildings they host.
The demolition of one of these buildings produces a special moment in the city. At the same time that a place builds its future, it opens a portal in which we get a glimpse of its past. Like a wound waiting to be cleaned and healed, these demolitions leaves them embarrassedly naked. As if they were a palimpsest (and, as if architecture was a text), these walls exhibit what has been written over time by architects, bricklayers, neighbors, couples, bachelors, children and pets. Their few inches of existence condense infinite architectures represented as living sections: while reading them we draw a collage made up of patios, terraces, setbacks, bedrooms, though teenage days, bathrooms with demodé tilings, worn out wallpapers, architectures whose limits are no more than furrows on a wall. The complexity of the real becomes planar. There is no tectonics nor structure: it's just a dirty poché. It's that section one would rather not draw. It's that limit (physical, legal, and conceptual) that one rather not think. It's that weak limit that can't stand on its own, a skeleton without muscles. It's that easy limit that now houses other spaces and other lives that write softly on its new plaster layers. Like an obscene language that it's better to forget, like a palimpsest that needs to be erased so we can write (build) once more (jealously blind of those who preceded us), this medianeras are now invisible again." BHRV